While paperwork is yet to be filed, it has already been made known to the media that Veteran USC running back Stephen Carr wishes to enter the NCAA Transfer Portal, according to 247 Sports. It will be expected to be finalized before the end of the week.

This news was brought to the media following the conclusion of USC's 2021 spring camp. The USC Trojans were able to bring in another veteran running back to the team back in January with senior Keaontay Ingram. He quickly adapted to the team and made a significant contribution during the spring while also increasing the competition among the team's running backs, and online casinos in the United States were quite pleased that season. 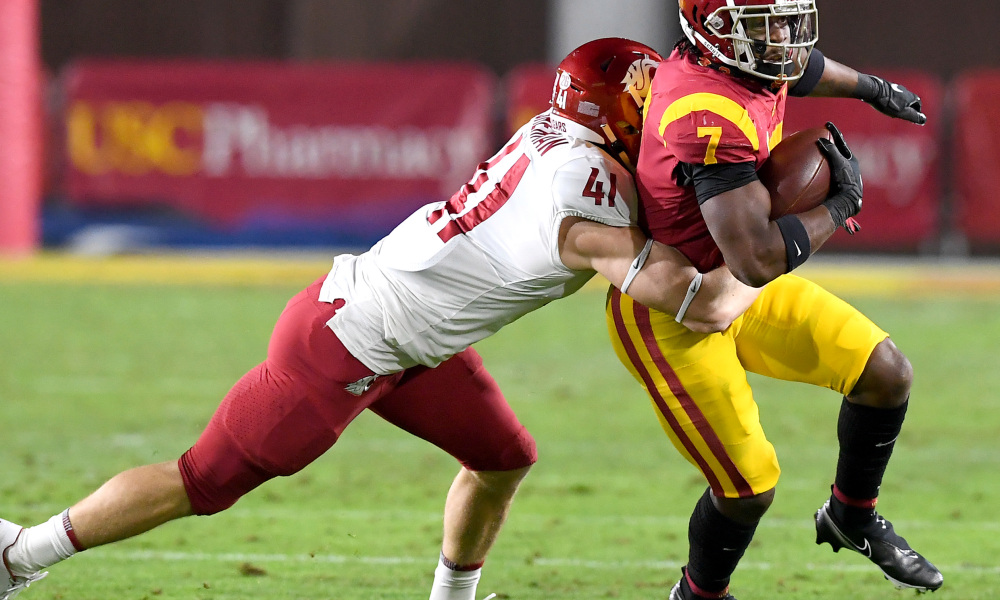 Running backs head coach Mike Jinks spoke to the Los Angeles Times before the Trojans' spring camp, claiming he would like to narrow the playing time at the position to one to two main ball carriers. He discussed his decision during the Trojans' media availability back in April.

Jinks said to the media: "I mean it's pretty difficult to get three, four guys ... trying to split the carries there. It's got to come down to two guys. We're going to continue to compete, we're going to continue to evaluate, and work our tails off in summer and again in fall camp. And when we come in that first week before that first ballgame, we'll release a depth chart and a roster, and we'll know who those guys are. But there's a commitment to do that because that's the right thing for our football team. That's the right thing to get our running game back where it needs to be."

In his four seasons with the USC Trojans, Carr rushed for 1,329 yards on 264 carries and 24 touchdowns. He also registered 57 receptions for 421 yards (7.4-yard average) with one score and returned 15 kickoffs for 321 yards. He made 35 appearances, starting just six for the Trojans during his stay with them.

Should this be finalized, Carr will automatically become the second Trojans' running back to enter the Transfer Portal since the closing of USC's 2020 season. Markese Stepp, who is a Redshirt sophomore, decided to leave Southern California for Nebraska after finishing as the team's third-leading rusher last year.

Leaving or not, Carr's departure from the team will still leave them with a good depth at the running back position. The Trojans currently have youngster Kenan Christon and early enrollee Brandon Campbell alongside veterans Vavae Malepeai and Ingram.

Reports have it that Indiana could be the next destination for Carr considering his history with running backs coach Deland McCullough, who coached the former in 2017 for one season at the USC Trojans before the coach left the team to join Kansas City Chiefs in 2018, with https://www.australianonlinecasinosites.com/online-pokies predicting that notion.

Carr was the second-leading rusher in his rookie season in 2017 for the Trojans under McCullough. He registered 363 yards on 65 carries, three touchdowns and caught 17 passes for 188 yards.