Anthony Brown has experienced quite the offseason.

The USC drama continues this morning as running back Anthony Brown has quit the team. Brown, a redshirt senior, recently switched from cornerback to his desired position of running back during the offseason.

He showed some flashes at the position during Fall Camp, but was also nicked up and was behind at least three younger players. 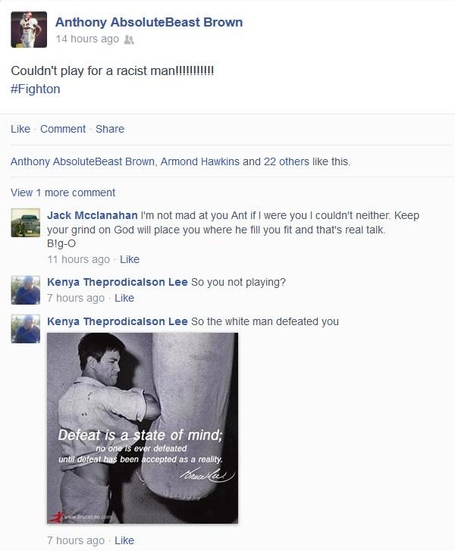 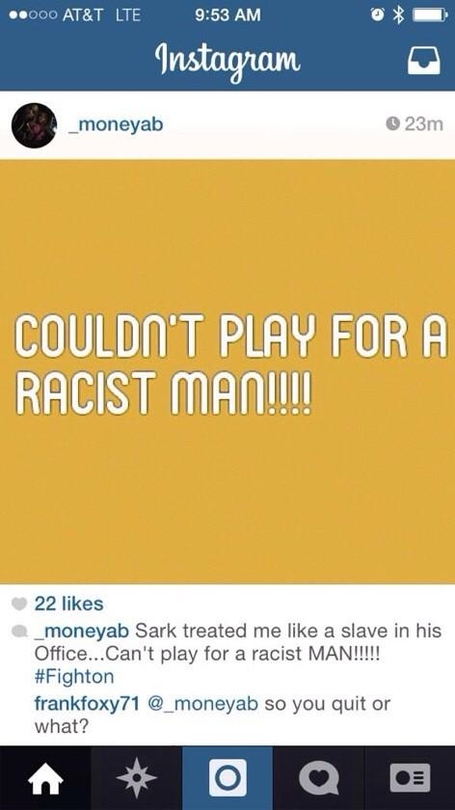 Sarkisian said he was "shocked" by the accusation, and believed Brown could help the team (a team whose numbers continue to dwindle).

Sark said he was "shocked" at these allegations, called them "ridiculous" and welcomed us to talk to anyone in or around the program and they would tell us that it simply wasn’t true.

Sark said they tried to accommodate Brown, moving him to running back. He was unfortunately hurt but Sark said they still tried to get him to stay on the team. Sark felt he could help the team. Brown refused, quit the team then posted the following on Facebook:

After Sarkisian informed the media gathered at USC about Brown's departure from the program, former and current USC players took to their own social media accounts defending head coach Steve Sarkisian:

Coach Sark is a great person/Coach! Please disregard comments that have been made by someone.

Coach Sark is a great coach and even better person. Accusations like that couldn't be more untrue. #FightOn

We just keep fighting on ! Fans come out Saturday and #rockthecoli ✌️✌️

Come on AB, you don't mean that son

The USC Trojans will have to put this week's drama behind them before the season kicks off against Fresno State at 4:30 p.m. in the Coliseum on Saturday.