The Trojans might have some surprises in store for when they score.

We've reached the one month mark until the start of the regular season and the Trojans are getting amped for Fall Camp in the best way they know how, breaking out some preemptive touchdown celebrations of course.

Believe it or not, the first player to reach the end zone may have just made their lives a whole lot more difficult trying to live up to some heightened touchdown dances. In good and fun taste, the USC Athletic Department recently released a video chronicling players scoring celebrations and it goes us thinking: what would actually happen?

Last season Buck Allen took the Coliseum by storm leaping into the end zone twice against Arizona in what could be called the Trojans biggest game all season, given what transpired between Lane Kiffin to Coach Orgeron in the days leading up that Thursday night affair. That in fact set the stage for the final six games of the season where Allen landed in the end zone 13 times, rushing for over 100 yards in four of those games.

Darreus Rogers, meanwhile, may not have scored a touchdown last season but his growing relationship with Cody Kessler has earned him the quarterbacks astounding confidence. Rogers made his presence felt against Notre Dame, catching six passes for 60 yards, but fans are excited about what the talented sophomore can bring to the table.

Tre Madden dashed out of the gates rushing for over 100 yards in four of the first five games. Unfortunately derailed by injury, Madden could only finish the season with seven total touchdowns. This time around, the one-two Allen and Madden punch could find the end zone at a much higher rater over the course of an entire season.

But lets be real, what would either of these players conjure up with the spotlight shined bright on their scoring shoulders. This gave us a unique opportunity to look back at some of the best moments for celebration put forth by inspirational character Buck Allen, who exemplified the adage to take advantage of every opportunity your given.

While watching Cody Kessler get lifted up by Max Tuerk or Zach Banner after a passing touchdown would be fascinating, our discussion focuses on the skilled-position players getting into the end zone without pissing off those refs too much. With that in mind, check out some of the best Buck Allen inspired moments from last season.

THE ONE THAT STARTED IT ALL 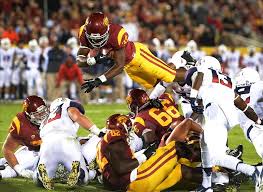 WHAT A NIGHT IT WAS INDEED 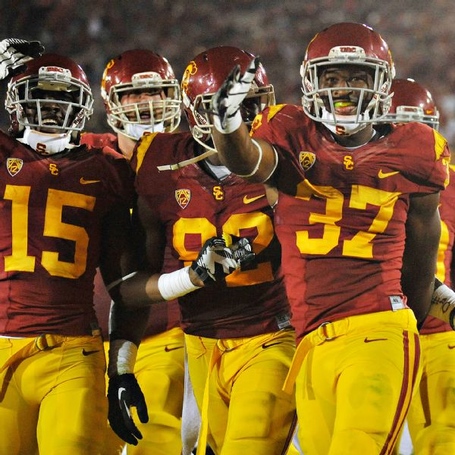 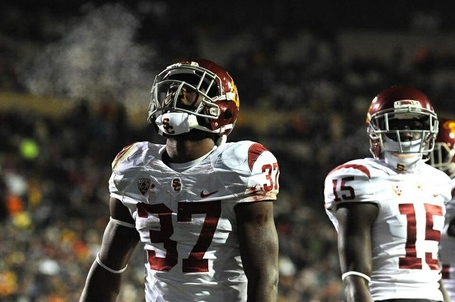 GET IN THERE! (Via USC Athletics) 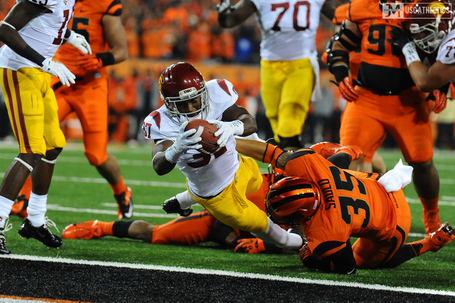 CAN'T HOLD ME BACK 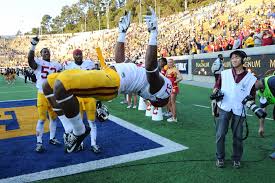 THE MOST IMPORTANT ONE OF THEM ALL 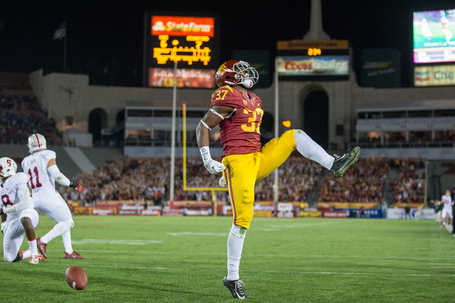 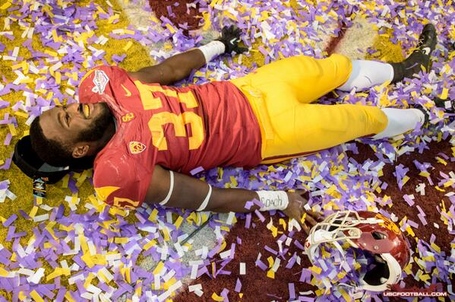