USC's newest recruiting class could make an impact right away.

Entering into the 2014 season as his first year at USC, head coach Steve Sarkisian won't be the only freshman making an impact for the Trojans come fall. Ranked the 12th best recruiting class by ESPN, several newcomers pose crucial skillsets that can influence games and adjust immediately to the college level.

With five starters selected in the 2014 NFL Draft, and a handful of others tacked on to professional rosters since then, these young guns have the potential to step right in.

Sarkisian and his staff did a particularly good job fortifying a defensive squad that took a few blows in the offseason. Losing names like Dion Bailey in the secondary and George Uko holding the line is tough, but luckily there are others that seem ready to fill the openings in 5-star cornerback Adoree Jackson and 4-star defensive end Claude Pelon. 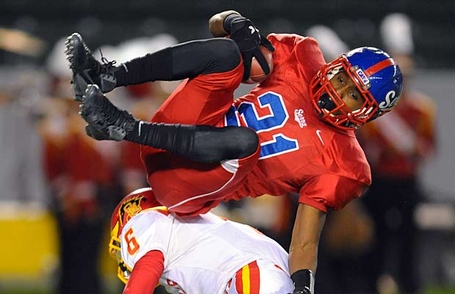 Though Jackson could easily fit into the lineup as a quality number-two receiver behind junior Nelson Agholor, the freshman from Junipero Serra H.S. will be a quality addition to the secondary. His athleticism, speed and knowledge of routes from his experience as a wide receiver makes him a perfect fit against aggressive teams like UCLA, Stanford and Arizona State.

Almost mirroring the qualities that Jackson provides to the Trojan lineup is 5-star Juju Smith. Listed as the No. 3 ATH in his class, Smith is a jack-of-all-trades. Allowing him to roam alongside last year's freshman All-American Su'a Cravens as a free safety would permit Smith to use his unique athleticism to create big plays.

Also with a background as part of a receiving core, the Long Beach native has an incredible ability to read routes and use his hands in coverage. Smith may also pose a threat as a quality slot receiver for returning starting quarterback Cody Kessler.

Anchoring the Trojan's defensive line will be junior Leonard Williams-ESPN's Todd McShay's projected 2015 first-overall NFL pick; however, it is pertinent that Williams receives support across the line. Early-enrollee Pelon offers just the arsenal to be that guy. Clocking in at 6'5" 285-pounds, the bulldozer out of junior college has the versatility to burst off the line and wreak havoc in the backfield.

With the defensive side of the ball improving over the offseason, Sarkisian made strides to make sure his highly touted offense kept up. Both Jackson and Smith possess the characteristics to be quality targets if not utilized on the defense, but Sark added a definite option that Kessler can turn to early.

It is no secret that the rookie coach plans on bringing his up-tempo, no-huddle scheme that he ran at Washington down the coast. Because of this, tight ends play a pivotal part of his movement, shown by second-round pick and former UW TE Austin Seferian-Jenkins, requiring fresh legs.

This will provide incoming freshman Bryce Dixon with the opportunity to flourish early. Though junior Jalen Cope-Fitzpatrick appears to the top replacement for Xavier Grimble as a starter, don't be surprised to see Dixon thrown into the bunch as a key element to the new style of play hitting the Coliseum.

Most importantly heading into the Trojan's 2014 campaign is their additions on the offensive line. Gathering multiple top-100 recruits, several faces have the chance to see playing time this season on an already young and inexperienced offensive line.

Listed as the No. 1 player at his position, 4-star OG Damien Mama will be in a battle for a starting position come August. Using all 370-pounds, the monster lineman will provide the explosive running game of Tre Madden and Javorius Allen large gaps to work with.

*One Editor Quick Note: Mama is still working with St. John Bosco and USC on completing and properly passing his SAT, and that paperwork has not been officially delivered. Once that transpires, Mama will be eligible to compete in USC summer practices, summer school and then, the August Fall Camp. 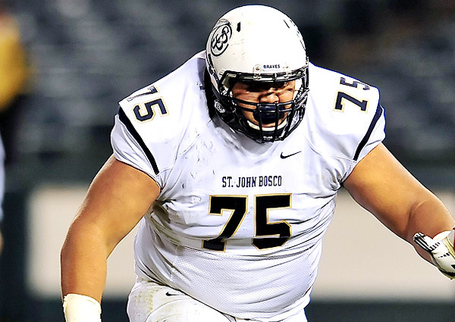 Competing with Mama for an opening in the rotation will be Toa Lobendahn. As an early enrollee last spring, Lobendahn had the opportunity to learn the Sarkisian system and get accustomed to the USC style. His ability to explode off the ball and make blocks in space will provide him with a great chance to see playing time.

Transitioning to the college level inevitably has its challenges for incoming recruits, especially at a program such as USC. However, with the talent that each of these players possess, the Trojans will be in for quite a show out of these freshman in 2014 and the years ahead and will now wait their chance until August 4th to restart the competition.