Why should the diehard Trojan but casual NFL follower care more about football on this particular Sunday? The Italian Trojan highlights the cardinal-n-gold at MetLife Stadium.

USC's football season ended over a month ago with a Vegas flourish. Fans and players alike are sitting patiently through the formalities of coaching staff overhaul, scholarship auctioning to the highest high school bidders and the basketball team turning the ball over en route to mediocrity.

This American holiday is renowned throughout the nation (the world, even) regardless of fandom level: 12th men, Mile High smokers, recreational followers, recreational users, college football aficionados, numerous psychic animals, immobile relatives and lingerie-wearing women still capable of emasculating all of mankind. Trojan alums and incumbents should be saving Netflix marathons for tomorrow, as well.

As a matter of fact, Southern California flaunts a habit of monopolizing the pros. According to the official website, in 18 of the last 37 opening days, USC led the league in presently employed graduates. 53 ex-Trojans earned professional roster spots early this past September, and three are suiting up at MetLife Stadium to help the Seattle Seahawks and Denver Broncos battle for a Lombardi Trophy.

Considering its overall pedigree, reliable pipeline of talent and flair for off-field guilty pleasures, the admitted arrogance of Trojan Nation tends to deem itself an NFL franchise anyway in an otherwise vacant LA. Of course, Trojan Nation members are spectators along with the rest of the country, but what specifically will keep them rooted to university couching?

Because no one dislikes exclaiming "we knew him, we knew him," and unless you received an invite to a Puppy Bowl party in Atlanta, here are five ways you'll witness USC indirectly impact the outcome of Super Bowl XLVIII: 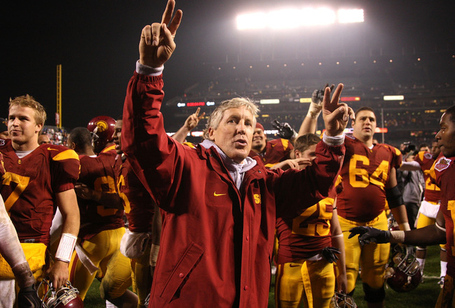 The obvious storyline here is Carroll officially crashing through his college-phenom ceiling. The big and ballsy players coach is bookending his prolific USC career (83.6 winning percentage topped off by a 2005 BCS Championship) with a Super Bowl berth and deserved Coach of the Year candidacy, following unsuccessful 90s stints with the New York Jets and New England Patriots.

There might always be that shade of bitterness toward Carroll due to allegedly bailing on the program amid NCAA sanctions. Hopefully time healed the brunt of the community's wounds, or pent-up anger is instead directed at Lane Kiffin and Pat Haden.

Per Forbes, Seattle's Carroll strives to be the third coach in football history to clinch both national championship and Super Bowl victories, joining Jimmie Johnson and Barry Switzer. Prominence of the rare two-sport non-athlete is an inverse worth rooting for if you quickly grew tired of the Peyton Manning hoopla. 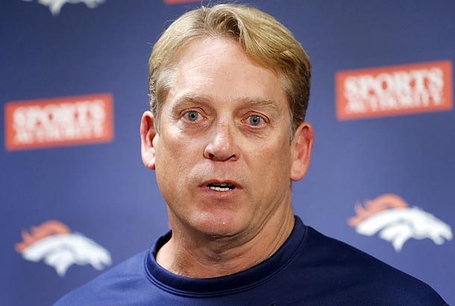 The coach, or rather the defensive coordinator, on the opposite side of the field hails from Southern California's distinct branch of "Linebacker U." Fans most recently recall Del Rio's name floating around USC's coaching carousel upon his interview in November.

Denver and Seattle boast the league's No. 1 offense and defense, respectively, but it's Del Rio's underrated yet imperative responsibility to cut off Marshawn Lynch's rainbow and rattle the undervalued rawness of Russell Wilson. Between Von Miller's absence, Champ Bailey's pending farewell and Mike Adams' threat to walk home in the snow (something heavily frowned upon in the two-inch crisis known as the Southeast's Maximus), Del Rio is the glue holding this No. 19 defense together and Denver's ultimate X-factor.

Regardless of results, though, Del Rio remains a touted commodity for any remaining or future coaching vacancies, as he was when serving his interim role during John Fox's medical leave.

If anything, how confident should USC really be in Chris Wilson not pulling a Bo Davis, or Haden resisting a pregnancy urge to bench Justin Wilcox or Steve Sarkisian as he did to Ed Orgeron? No verbal commitment or guaranteed contract is written in permanent ink, people...

Richard Sherman brilliantly positioned himself for that pass deflection (reminiscent of his entire season), before persisting to hog the spotlight from the guy that actually completed the NFC-clinching play.

Smith doesn't project Pro Bowl-worthy numbers by any means: a solidly average 54 combined tackles, one sack, one forced fumble, two interceptions, one pick-six and four passes deflected. However, he is yet another integral cog in Seattle's team-oriented, coverage-based and cost-efficient defense (per Associated Press). With Manning looking to avoid Sherman (who might as well douse himself with Crabtree-scented perfume) and Seattle's secondary, expect Smith to find himself in the right place at the right time once more in a momentum-shifting moment of the contest.

Meanwhile, the amount of action Mike Morgan sees is scarce, but as the 2013 edition of USC and its concern for depth can vouch, every abled body is invaluable. 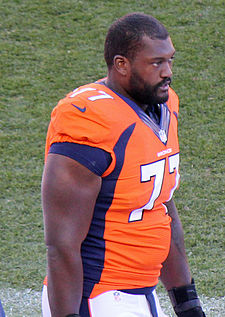 The Philadelphia Eagles' 2006 second-round draftee landed his minuscule career in the shuffling of Denver's offensive line. Seattle tied for eighth in sacks (44) in 2013, but despite injuries to Ryan Clady and company, the Broncos surrendered a league-low 20 quarterback takedowns.

Should Fox call upon Justice, he'll be mandated to uphold such merit. Among two of the NFL's top-five most penalized teams, this Meadowlands crowd appears to favor Eli Manning's older brother. In order for justice to be Peyton's, protection of the neck and spine incidentally manufactured by Steven Spielberg is vital so that victory belongs to Justice.

A fraction of Trojan alums in this Super Bowl are promised rings no matter what. Moreover, Justice and Smith are now legally allowed to trade it with the NCAA for an autographed portrait of Marqise Lee.

These two west-coast teams playing tonight in treacherous forecasts can afford to remind themselves that Matt Barkley recorded a career-high six passing touchdowns during his 2012 visit to New Jersey against Syracuse. It is an extremely loose basis for reality, but Barkley and Kiffin already beat Disney Hidden Worlds and have nothing else to brag about.

The city's desire for NFL representation increasingly develops into a terribly kept secret. As reported Saturday by ESPN Los Angeles' Nick Wagoner, St. Louis Rams owner Stan Kroenke purchased 60 acres of Inglewood, but an imminent return to the Big Orange is yet to be foreseeable.

The Trojans, however, are always prepared to throw their name into the goblet of forest fire. If Seattle and Denver falter in the cold weather, Haden shall be submitting his request for the NCAA to promote USC from the minors.

From Skittles to Red Hot Chili Peppers, there are plenty of reasons for USC fans to join the Super Bowl party, even if you're merely scouting a potential marijuana dealer for Roger Goodell.