In a young yet already tumultuous season for the Trojans, let's regurgitate what we've tasted thus far, before tightening our bibs for the Aggies.

Last night, I dreamt that defensive coordinator Clancy Pendergast fled mere hours before this Saturday's kickoff through fear of Utah State and their cursed Chuckie Keeton dolls...and he took his 5-2 scheme with him! Hayes Pullard and Dion Bailey stood there puzzled, so naturally I stepped in, and we lost 50-20. 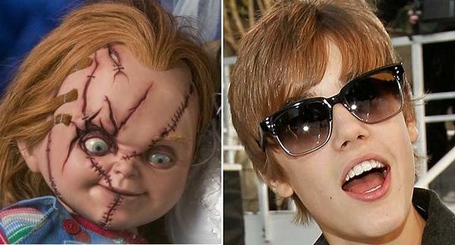 As Dumbo would be sure to reiterate, either the mixing of champagne and absinthe before bedtime is a no-no, or I've been working at Six Flags Great Adventure for too long. I just always tend to go with the latter, but regardless, may the insidious apprehension circling this campus digest itself at least until Sunday morning.

USC has endured a roller coaster of a stomach flu so far in 2013: from a levelheaded preseason outlook due to last year's 7-6 finish and our lack of a starting quarterback but promising roster overall; to skyrocketed expectations at the last minute because we are indeed the Spirit of Troy; and then slight turbulence in Hawaii before Lane Kiffin and the offense nosedived into the annual seance that is our ranked loss to an inferior conference opponent; only to Boston Cream the Eagles the following weekend and put away the coach's guillotine long enough to declare ourselves Pac-12 champions once again. 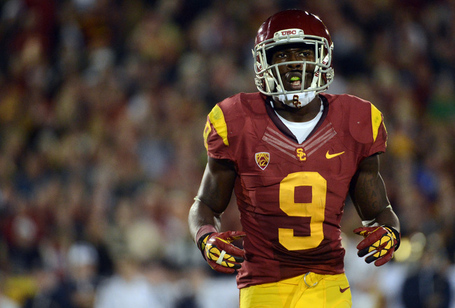 How anyone even had time to eat a peanut this month amidst the stress and heartburn is beyond me, but continue down Figueroa or The Row and you'll find vomit everywhere.

The amateur nutritionist Italian Trojan has been summoned to assess what we've actually been putting in our systems the past couple of weeks.

This 10-7 flatlining against the seemingly lowly Cougars was the scariest horror movie I have seen in a long, long time. I kept jumping up in my living room theater screaming at the players on the sideline: "The killer is right behind you! He's holding a clipboard and is wearing a visor and a scowl only Ghostface's mother could love! Hide your kids and your wives and your boosters! No, don't go back on the field - NO!" 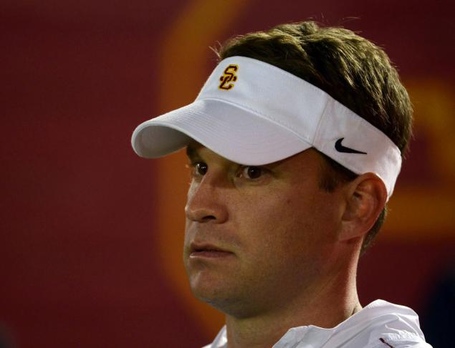 We all know the stats and the stories by now. It was a waste of a home opener celebrating our official lease on the Coliseum (perhaps Pat Haden left a freezer full of meat open, aiding the stench) and the nation's second-best tailgate (maybe the freshmen kicked the flagpole incorrectly so I'll designate them a fraction of the blame). It was a waste of a valiant defensive effort, and a waste of Tre Madden's 163 total yards, nearly 84.5 percent of USC's offensive output that fateful day. 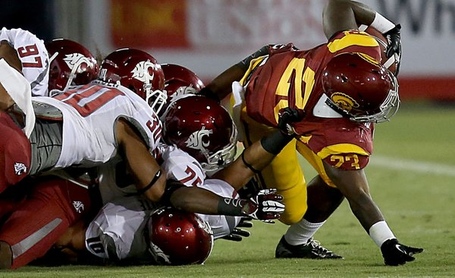 In honor of the linebacker-turned-running-back, it would've been fitting if I had ransacked the Farmers Fan Fest tailgate, collecting leftover Carl's Jr. and CPK and hybridizing my sorrow en route to hibernating in my early September mourning period.

You have two options with this dish: A Western Bacon Cheeseburger Pizza, adorning your thin crust with ground beef, onion rings, and shame; or the BBQ Chicken Margherita Burger, dressing your patty with mozzarella, red onions, and shame. If this were Mean Girls, we'd be the girls who eat their feelings, and YOU CAN'T SIT WITH US!

Apparently we bounced right back onto a treadmill, devouring salads left and right. I reminisced logging my childhood exercise sprinting away from bully Boy Scouts, but when our troop paid its visit to ol' Beantown I was sure to exclaim how the British were on their way whilst doing so. 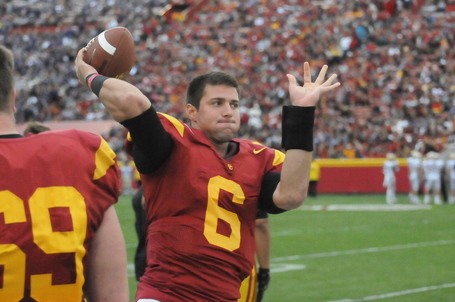 More noteworthy than Boston and Los Angeles sharing bipolar city grunginess was how USC finally joined BC and 118 other schools as a program with a landlocked starting quarterback. Cody Kessler was granted permission to stretch the field, only threw two incompletions in his extended Fall Camp session, and the rest of the supporting cast grabbed hold of its advantages in a 35-7 tea party of an afternoon. Rose Bowl petals were spread as Kessler rode Traveler into the sky, and no one laid a finger on Marqise Lee's butterfingers.

Unfortunately there wasn't any legitimate seafood within walking distance according to my knowledge back when I was a student, unless Parkside or EVK wrangled up some battered cod fillets. Hence, instead of depressingly gorging on fast food after the loss prior, we're getting considerably healthier with our Cod-y Kessler Salad. 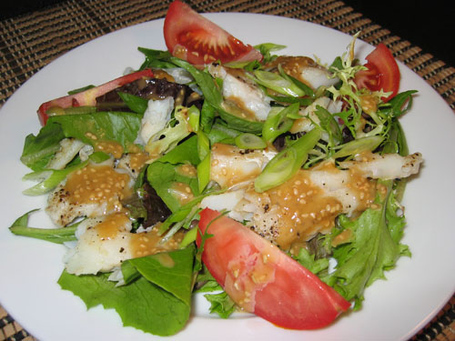 Thank goodness I found a picture of one.

Counterbalance with strips of steak to signify some sort of elevated faith in his capabilities, avoid overdoing the baked beans for the sake of instilling a shorter memory moving forward, and crumble cardinal and gold tortilla chips on top to showcase our undying pride so long as we never lose again.

The key to finishing this three-game home stand strong is focus. As is the constant battle in SoCal, Coach Kiffin and USC should have tuned out all of the superfluous bashing and forecasting from the get-go, accepted what truly needed to be heard, and then fought onward in their game-by-game approach towards success, a la Boston College.

The Aggies present an underrated spread attack, but if we wrap Pendergast along with Tommy Trojan and prevent them from running away or being verbally abused by Shaquille Evans, then we can remain confident (but not cocky) in the undeniable strength of this team and keep Keeton in front of us. Maintain balance, both in the pass-to-run ratio and through splitting Madden's carries with equally competent Justin Davis and Ty Isaac, and rely on our depth in quest of establishing consistency.

Consistency. Not so much the Jell-O or Frogeye salads one might fish out of the salt lakes, but rather their regionally adopted fry sauce. Of course, being on the east coast for over a year now, my memory of Thousand Island dressing done correctly is (dare I say) In-N-Out. 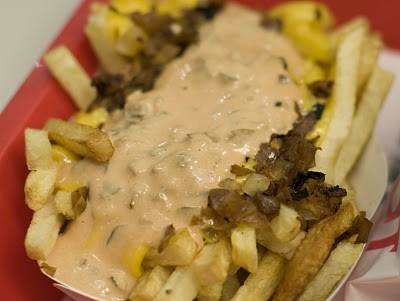 Smother cups of the stuff atop a plate of funeral potatoes, or order their own signature fries and leave the spud graves for Chuckie Keeton, but remember to not bury him in a pet cemetery...

Feel free to slip out of your food coma now. It wasn't that boring.