Days after visiting College Game Day up in Seattle to visit with former USC assistant coach Steve Sarkisian, Will Ferrell made an appearance on the USC campus while spotting the full-fledged Drum Major attire. 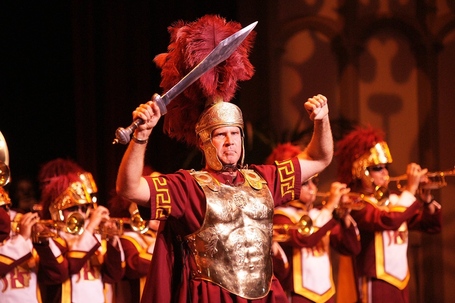 Not only was Ferrell on campus for an Entrepreneurial discussion on campus, he took the time to play out the full array of festivities going along with the title of USC Drum Major. While the football team prepares for its rivalry game with Notre Dame, a good deal of school spirit from a proud alum never hurts the cause.

Will Ferrell Marching with USC Marching Band. Fight On!