I planned this thing for months. I didn't know who was going to show up but I left nothing to chance. I wanted anyone from the west coast to not have to pay the $75 bucks for the "official" school tailgate if they didn't want to. I wanted to make it so people could show up at their leisure and leave as the saw fit, I know everyone "knew someone" there so I wanted to make it flexible...but most of all I didn't want anyone to leave hungry or thirsty.

I was loaded for any contingency...except for the weather. Haven't had a tornado warning here for a while

3-weeks before the game a buddy of mine and I went to the Meadowlands to scope out the best spot and the best entrance to take to get to that spot. We weren't sure how many Syracuse fans would show up so scoping it out early was key.

Being that his tailgates are epic, I asked USCPsycho, 3-months before the game, to look at my list. He made a few suggestions and I adjusted.

As the game grew close it was clear that not as many as I thought were coming to the game....but you never know.

It started off interesting as the cops showed up. But all was well

Needless to say everything went off without a hitch. I got the spot I wanted, plenty of people showed up...the only problem was the weather. We almost lost the tent twice, so we had people positioned on each poll just in case a wind gust came up.

Then around noon the skies opened up and it was a mad dash to get everything under the tent. The food was saved and we continued to drink and have a good time. The Jager flowed as did the Fireball whiskey....and we toasted what we called Hurricane Tommy!

I missed kickoff putting everything away, but not by much. I could not believe it was 25 years since my last game...right about the time I moved to the east coast. I made a promise that it won't be that long EVER again!

Everything was great! We could not have had a better time!

A few pics after the jump! 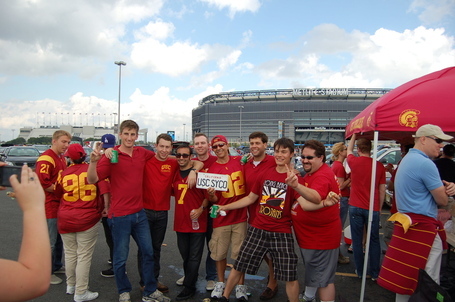 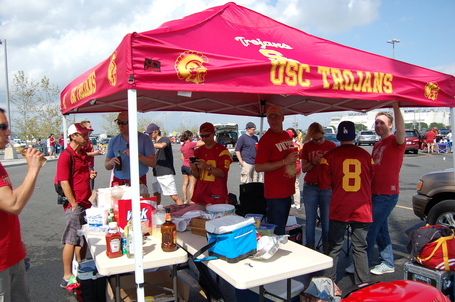 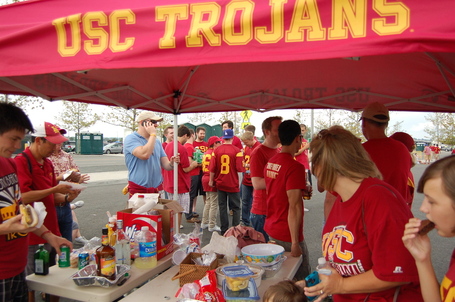 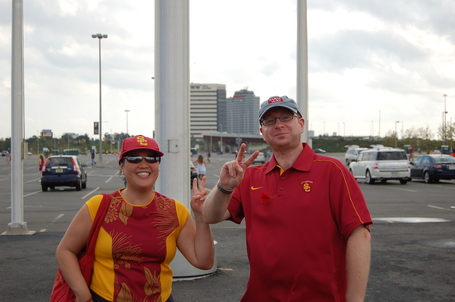 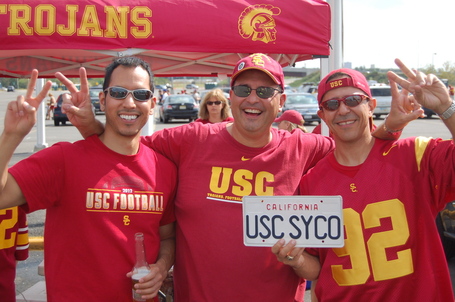 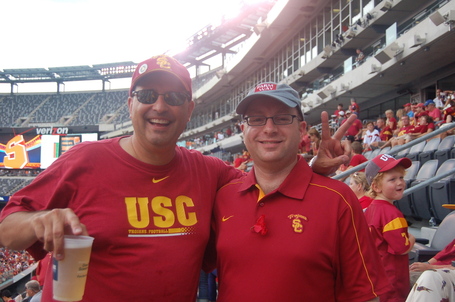 I spent most of the night once I got putting the gear away, while watching UW get smacked by LSU.

I spent all of Sunday finishing the clean clean up and recuperating by watching the JETS smack Buffalo around.

I had a blast! The game was fun...even with the weather delay.

And I would do it all again next week if USC played here again!