USC Men's Water Polo is in the Final Four

The Drive for FIVE!

Share All sharing options for: USC Men's Water Polo is in the Final Four 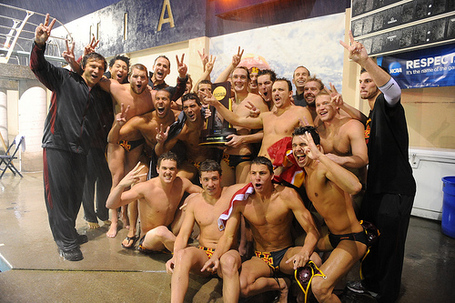 The have a chance to face UCLA once again!

Trojans will play host to the NCAA championship tournament as they seek a record-setting fifth consecutive national title.

The tournament arrives at McDonald's Swim Stadium for first time Saturday with the semifinal round.

Many expect USC and UCLA to collide in Sunday's 3:12 p.m. finale.