We all heard the terrible news about Mike Patterson having a seizure on the practice field yesterday.

We now know what caused this.

A brain AVM (arteriovenous malformation) is an abnormal connection between arteries and veins. An AVM is typically congenital, meaning it dates to birth. An AVM can develop anywhere in your body but occurs most often in the brain or spine. A brain AVM, which appears as a tangle of abnormal arteries and veins, can occur in any part of your brain. The cause isn't clear.

You may not know you have a brain AVM until you experience symptoms, such as headaches or a seizure. In serious cases, the blood vessels rupture, causing bleeding in the brain (hemorrhage). Once diagnosed, a brain AVM can often be treated successfully.

These are the potential complications of AVM

Complications of a brain AVM include:

Depending on how sever Patterson's condition is will determine his future in the NFL.

Good stuff after the jump...

Image courtesy of the Mayo Clinic

Image Courtesy of The NIH

I would suspect that Patterson is done for the year...and maybe for his career. But it is also entirely possible that he could be back next season once he has completed all of his treatment and rehab.

Here are the symptoms.

Signs and symptoms of a brain AVM include:

When bleeding into the brain occurs, signs and symptoms can be similar to a stroke and may include:

Symptoms may begin at any age, but you're more likely to experience symptoms before age 50. Brain AVM can damage brain tissue over time. The effects slowly build up, sometimes causing symptoms in early adulthood. Once you reach middle age, however, brain AVMs tend to remain stable and are less likely to cause symptoms.

It will be interesting to know if Patterson experienced any of these symptoms.

So often we ignore some of these symptoms, unless they are frequent and severe. Patterson is in pretty good physical shape so because this is a congenital condition he probably shrugged off any of the above listed symptoms.

There are several potential treatment options for brain AVM, and the best treatment depends on the size and location of the abnormal blood vessels. Medications may also be used to treat related symptoms, such as headaches or seizures.

Here is a video of a surgical resection.

Here is an illustration of an embolization procedure... 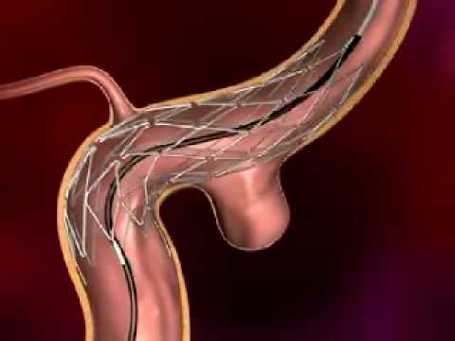 Here is the Stereotactic Radiosurgery procedure...