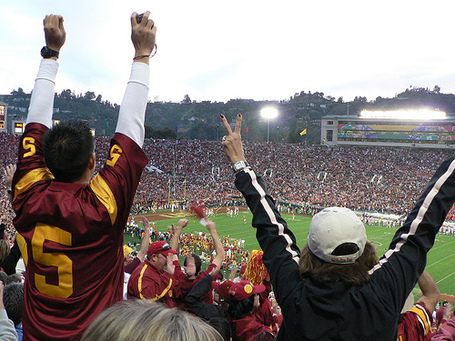 Trojans Men Earn Berth To NCAA Final
Junior Steve Lim tied for second and sophomore Martin Trainer was seventh to lead the No. 15 USC men's golf team to second place and a trip to the NCAA final on the last day of the 2011 NCAA San Diego Regional on Saturday (May 21) at The Farmers G.C. in Rancho Sante Fe, Calif.

Maria Sanchez Named Pac-10 Player of the Year
USC senior Maria Sanchez has become just the third Trojan women's tennis player to be named Pac-10 Player of the Year as she also pockets her second selection to the All-Pac-10 First Team in leading the Women of Troy throughout the 2011 tennis season. USC's newest Pac-10 Player of the Year, Sanchez is joined on the all-conference honor roll by sophomore Danielle Lao, who has earned a spot on the All-Pac-10 Second Team. As both players prepare for action at the 2011 NCAA Singles Championships starting up next week, the two Trojans were instrumental in guiding the USC women back to an NCAA Tournament appearance this season.

Disappointing to see Ladies Golf collapse like this. Hopefully the Men can bring it home for us