Share All sharing options for: Marcus Martin Commits to USC 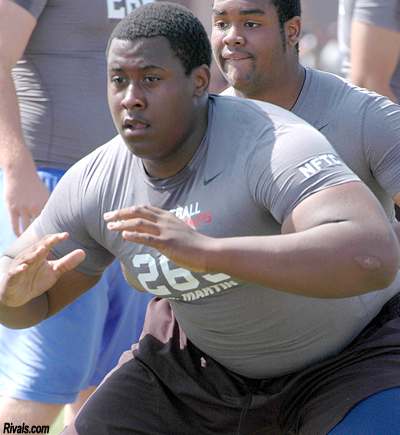 USC getting hit with sanctions by the NCAA has been the most widely-viewed topic in the college football world (besides expansion) in the past couple of days. This is suppose to be a dark time for USC and fans as we are suppose to suffer from the sins USC has committed. No light at the end of the tunnel.

Except, there is light.

While USC is now beginning to get busy with the appeal process, the coaches are still working. Everyone (media) expects USC to be hit significantly in recruiting as prospects will point out to coaches that they won't be able to participate in bowl games. But today, that claim won't be enough for them not to join the Trojans.

The lineman soon was picking up offers from schools in the Pac-10 and a coach from Florida visited him last week. Coach Rick Neuheisel offered him a UCLA scholarship last week as well and was more than eager to get Martin's commitment right away.