Share All sharing options for: So Norm Chow Keeps Tabs on Wall Street

It would be fair to assume that most Americans keep tabs, at least on some, on the daily happenings of Wall Street. I mean, who doesn't check the Dow Jones on a daily basis? In turn, many of us have a vested interested in the direction the market takes. But unsurprisingly that keen interest does not only extend to investors, business executives, and joe six-packs (okay maybe not all of them), but also to Mr. Benedict Arnold current UCLA offensive coordinator Norm Chow.

I generally found the HBO feature on Lane Kiffin to be underwhelming, but one of Kiffin's quotes did interest me: ``A coach one time, I walked into his office and he was checking the stock market on his computer. It blew me away.''

That was a not-so-subtle reference to former offensive coordinator Norm Chow. An ironic reference because Chow was known at USC for the long hours he kept. Maybe it's not a bad idea to check the stock market once a day considering USC's record when Chow called plays.

Now by us putting Chow's fixation with the stock market into proper prospective, I think UCLA's recent offensive struggles in 2008 and 2009 become much more understandable. Hey, there have to be some reasons why the Bruins ranked in the bottom half of the Pac-10 in terms of total offense. So follow my line of thinking...

With the decline of the U.S. banking system leading to one of this country's worst financial crises in its history, Wall Street obviously took a hit. Suffice to say, most citizens were loosing more than a few pennies. Panic had set in. People were rioting in the streets. Hoarding money was suddenly in vogue again. Okay, maybe that was 1929. But still, times weren't good by any stretch. (Who says they're good now anyways?)

As a result, combining Chow's possible stock market woes with his lower than usual salary thanks to the University of California and the Bruins' "generous" boosters, it's entirely understandable why Chow may have been a little worried. Heck, maybe he was checking stocks from sunup to sundown. Who knows. Was there a little too much time scanning MSNBC and not enough time spent tutoring Kevin Craft, who threw just 7 touchdowns compared to 20 interceptions in 2008? Quite possibly, but do we really know? I guess I could check with his boss, Rick Neuheisel, but I've heard he may be a little unreliable.

2008 was a pretty rough year all in all. Rough for Chow's stocks and rough for UCLA football, which went 4-8 and averaged just 283.08 yards per game on offense. 2009 saw some improvement though. The economy looked to be headed upwards (a little) and UCLA got to play Temple in The EagleBank Bowl. How exciting for Chow and his new baby blue friends. If things keep improving, maybe the Bruins will even be playing in the Sun Bowl in 2013.

But in case things don't work out for Chow, who is apparently the next Darren Rovell, in Westwood, at least he's got another role lined up. 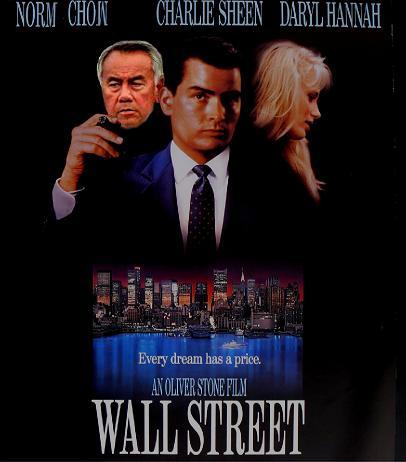