Examining the Fallout from the USC Basketball Apocalypse

Share All sharing options for: Examining the Fallout from the USC Basketball Apocalypse 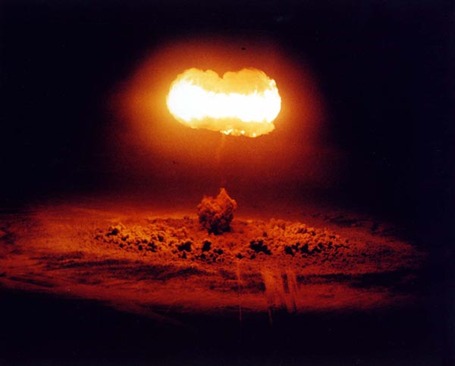 Regardless of how anyone feels about Tim Floyd, his 4 year tenure at USC was one of the most sucessful in the history of SC hoops. The three conecutive NCAA tournament sppearances had never been accomplished, and Floyd achieved three 20 win seasons in a row at a school where basketball is a distant second to football. In addition, the talent level of the program may have been at an all time high as evidenced by 5 first round draft picks over the past three years and that no other school in the nation had players taken in the top 16 picks for three consecutive years. And way back before the Trojan's improbable run to a Pac 10 tournament championship the likely 2009-2010 starting lineup, a group that definitely had final four potential, looked to feature five players all poised to go in the NBA Draft (Derozan, Gibson, and Sidney as 1st rounders with Hackett and Lewis as 2nd rounders).

So looking at things from the other side of a summer filled with scandal, early entrants, coaching changes, and an imploded recruiting class it is easy to feel more than a little bit discouraged. But I'm here to say chin up Trojan nation, things are not nearly as dire as they may seem. WIth some returning talent, a favorable OOC schedule, and a down year for the conference mean that these Trojans have a chance to surprise.

Donte Smith: This season's likely starting PG saw only limited minutes in a somewhat dissapointing first season where he shot 12/50 from beyond the arc and had only 22 assists against 29 turnovers. The lone bright spot in the season for SMith came during the blowout loss to ucla where he showed off strong handles and good speed in getting past Darren Collison, although he still failed to finish once he got to the hoop. Personally I think Donte is a much better player than what we have seen so far, and if what Chris Penrose has said about his play during practice is true then all that's missing is the mental component. Also, according to Scott Wolf Smith has trimmed 17 lbs over this summer.

Dwight Lewis: The lone returning regular starter and team scoring leader from last year, Dwight Lewis is probably the most important player for this year's team and must play like a star for the Trojans to be successful this upcoming season. Lewis has definitely shown he can score in bunches (see 7 games with 20 or more points), but at the same time he has been amazingly inconsistent (scored a total of six points against Oregon State across both games, 4 points on 10 shot attempts against North Dakota State). Regardless, as the De Facto leader of the team I'm expecting a much more confident Dwight and don't be surprised if the mercurial swingman averages over 20 points to go with 4 rebounds and 3 assists per game.

Marcus Johnson: This video really says about everything you need to kow about Marcus Johnson's game. Basically you have a super athletic player who is going to make his (figurative) money on the fast break and on slashing to the hoop. Johnson lacks polish though, and if he could add a more consistent jump shot to his game then he would be a much bigger threat and would better fill the shoes of DeMar DeRozan. Frankly. I'm just happy to have him back after the threat of an early departure, and his combination of size and athleticism along with his strong defensive presence will make him a regular in the starting lineup.

Leonard Washington: Of all the players currently on the Trojan Roster Leonard Washington is easily my favorite. Seriously, what's not to like about an undersized PF with a mean streak who rebounds way above his height thanks to his strength and basically imposes his will on his opponents in the paint. I really think that Washington is headed for a big year and he is like a poor man's DeJuan Blair in my mind. What may surprise many is that Leonard has the highest Offensive rating of all returning players, and there is no doubt in my mind that he will be a force if he adhered to any kind of conditioning program over the summer. Plus don't let his stocky build fool you, he's got some decent hops. Also, we might see a few more 3s from LW this time around after finishing the season 4 for 8 from behind the arc.

Alex Stepheson: Since Alex Stepheson was not granted a waiver to play after transferring to USC prior to last season, there's nothing to go on as far as Trojan playing time goes but there is a lot of promise from his short career at UNC. During hi Sophomore season with the Tar Heels, Stepheson averaged 4.2 PPG and 4.5 RPG in only 14.5 minutes per game of play and finished third on the team with 33 blocks for the season. Although Stepheson will likely not be a huge offensive force, likely only averaging around 10 points per game, he will definitely earn his keep as a rebounder and shot blocker. And at 6'9"/235 lbs with a reputation for defense he is more than ready to fill the role of stopper left by Pac 10 Defensive player of the year Taj Gibson.

Marcus Simmons: The team's other Marcus was somewhat of a late season revelation. I mean, everyone knew he was a good defender, but nobody (and I mean absolutely nobody) expected the defensive clinic he put on during the Pac 10 tournament. Darren Collison and Jerome Randle were both among the top 100 players in the nation in offensive efficiency, but Simmons basically put the screws to both and more or less shut them down when he was on the court. What was most surprising was the incredible quickness he showed off in staying in front of the diminuitive speedsters. Although I don't think he will start there is no doubt about it, Simmons will play a key role this season in coming off the bench to shut down the other team's best players.

Nikola Vucevic: So how many people have gotten a chance to follow some of Kid Euro's overseas exploits this summer? For those not in the know, Vucevic played in the Europe U20 league for Montenegro and was one of the best players period. He finished league play averaging 15.5 PPG on 51.5% shooting to go with 10.8 RPG and was number one in multiple statistical categories including defensive rebounds (8.1 per game), blocked shots (1.9 per game), and double-doubles (6). Nikola is ready for a break out season after seeing limited time last year and the tandem of Washington-Stepheson-Vucevic may very well give SC the best front court in the Pac 10.

Other Notables: Mike Gerrity (can he perform at a high level as either backup or starting PG once he is eligible?), Kasey Cunningham (can he make it to conference play without a season ending injury for the first time in three years?)

First, the bad news. USC plays Texas on the road and Tennessee at home. Both programs are likely top 12 teams and both return (or welcome) a number of talented players. Texas has to deal with the loss of star SG AJ Abrams and key reserve Connor Atchley, but they return a talented core of Damion James and Dexter Pittman to go with super talented recruits Avery Bradley and Jordan Hamilton. Tennessee meanwhile returns every player, including veteran players Tyler Smith and Wayne Chism, from a good team that definitely underachieved in 08-09. Outside of those two teams though, every other game is winnable as Nebraska is thoroughly mediocre and although Georgia Tech has talent they must deal with the loss of two of their best players and their general dysfunctional nature.

Outside of those four, USC does not play another high major opponent and they have seven home games leading up to the Diamond Head tournament which has a weak field (the only other Marquee teams are a rebuilding UNLV and a rebuilding St. Mary's). All in all, its not inconceivable that Trojans enter conference play at 8-4 or better and a win against Texas or Tenn would really be icing on the cake.

Take a look at this quick rundown of every team (other than USC) that lost starters from last season:

Of those teams, all of them lost their two best players (save for Oregon State and possibly Arizona depending on your opinion of Nic Wise). Moreover, the only team that returns all of their starters are the woeful Oregon Ducks. And as far as recruiting goes there are only two five star recruits coming in across the entire conference (Tyler Honeycutt and Abdul Gaddy) and the Pac 10 only has two teams in the top 20 in the national recruiting rankings. That's not to say that no other recruits will have an impact (see Klay Thompson and Isaiah Thomas from last year), but its definitely a down year as far as experience and talent goes for the conference which leaves a lot of uncertainty and the possibility for USC to once again finish near the top of the conference.

So check it out, I may be somewhat of stay on the sunny side kind of guy, but at the same time I'm a definitely realist and the remains of the basketball program post Tim Floyd are actually pretty good considering the smoking crater left by the events of the last 3-4 months. USC still has a lot of potential, and whether this team finishes with a great record or not I can guarantee that there are going to be some very exciting games and some great basketball at the Galen Center this year. Outside of California there is no single team that looks unbeatable by the lineup outlined above, and if things come together (especially at the PG position) then this could very well be a special season. So when USC football is busy dominating and preparing for another trip up the road to Pasadena, don't forget about the prohibitive underdogs playing hoops down at the GC this year.